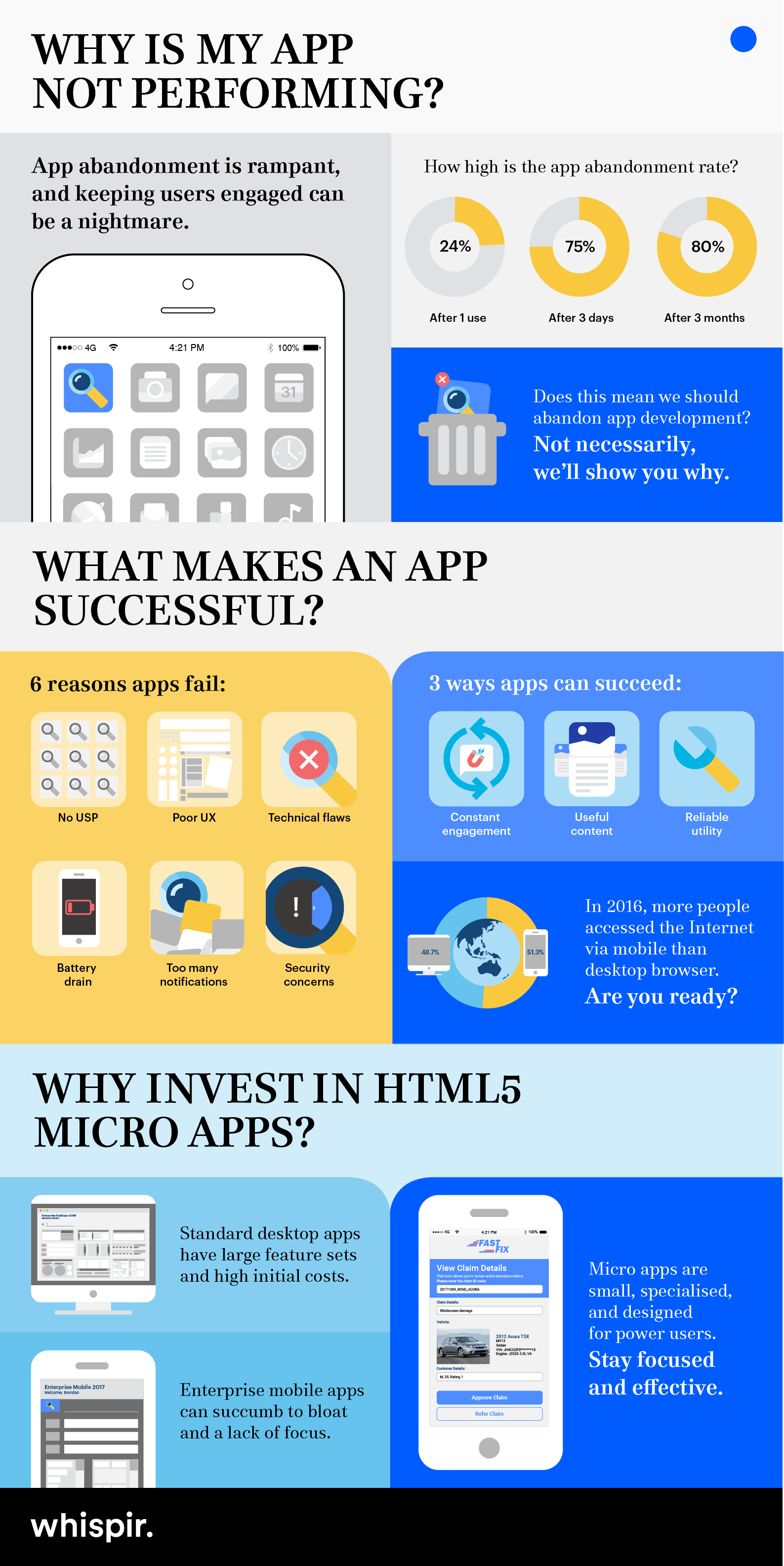 Since the introduction of iOS and Android in 2008, mobile apps have grown to become the primary interface to computing resources. In 2016 more people accessed the internet via mobile than desktop.

This has led to explosive growth in the development of mobile apps, with more than 5.2 million iOS and Android apps available at present to download.

Unfortunately for most developers, this makes it extremely challenging to get their apps noticed, with typically only as few as 5% of their target audience actually using their app.

They also face the problem of rampant abandonment - again, for most developers, the situation is bleak:

Compounding this is the development costs involved - on average around $250k per enterprise app, often exceeding USDS500,000.

What makes an app successful?

There are common factors that lead to apps not being successful, ranging from poor user experience, to technical issues and security concerns.

Fortunately there are several basic strategies that can make an app useful, engaging, and more likely to be adopted and retained.

Smart communications platforms can deliver a fully fledged HTML5 micro app to the end user, without needing to have the software pre-installed, using the workflows already developed to maximize the development investment.

In recent weeks I’ve been discussing the challenges developers face with getting their apps noticed ..

6 Common Reasons Apps Fail, and how to make Yours Successful

Like most brands, you’ve probably developed, or are planning to develop a mobile app to promote your..

Communication Nation: When Crisis Hits, Technology is your G..

2016 was the hottest year on record, globally, and the World Meteorological Organisation forecasts t..

Why Are My App Numbers So Low?

Heading up the team at Whispir Americas, I speak to brands about their mobile engagement efforts eve..